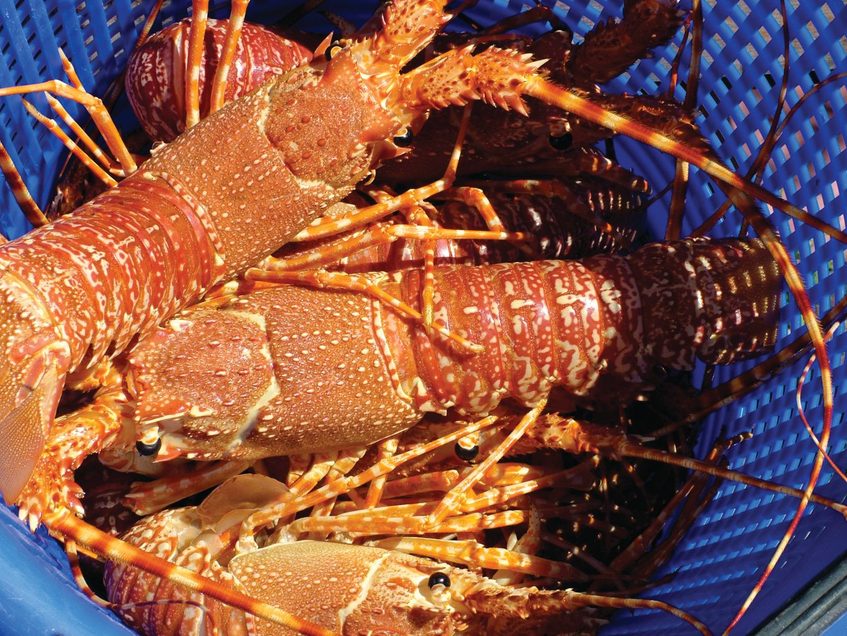 Spiny Cold-Water Rock Lobster – or crayfish/ kreef as they’re known locally – is a favourite gourmet treat for South Africa’s seafood lovers. However, the sad fact is that most consumers are ill informed when purchasing lobster, and as result, they don’t know whether the lobsters they’re buying are legal or sustainably caught.

Spiny rock lobsters are widely distributed globally from the intertidal zone to depths of as much as 1,000 metres.  This local species of lobster gets its name from the forward-pointing spines that cover their bodies to help protect them from predators. There are some 49 spiny species worldwide, with 16 of them supporting commercial fisheries.

The West Coast Rock Lobster is the more commonly known species amongst South African consumers. The species occurs inshore and can be caught either by hand (diving) or using traps. In recent times, there has been a significant amount of focus placed on the fishery, as it creeps towards collapse from poaching. A quick trip up to Paternoster in the Western Cape, where illegally caught West Coast Rock Lobster are being sold at the traffic intersections, will give you a good feel for the widespread poaching of these beautiful crustaceans. The WWFF SASSI consumer guide has listed the species as red: meaning we must not buy them.

The other major local lobster fishery is the South Coast Rock Lobster Fishery. This species is found between the Great Kei River Mouth and Cape Hangklip, predominantly deeper than 80 meters and up to 250 km offshore along the outer edge of the Agulhas Bank. The fishery has been extremely well managed, showing an increasing biomass and sustainable stock levels. 90% of the product is sold into the American market in the frozen tail format, servicing high-end restaurants. As a result, there is very limited product sold on the local market.

At Cape Fish, we made the decision to no longer stock any West Coast Rock Lobster given the severe pressure the fishery has been placed under. We’ve managed to secure a limited supply of South Coast Rock Lobster, which is available in store in the frozen tail product format. The product is of the highest standards, and is uniquely processed onboard at sea under HACCP guidelines immediately after catching, which results in a guaranteed firm texture and renowned flavour.

So pop down to our retail store and spoil yourself with a 100% ethically sourced truly South African Cold-Water Rock Lobster. We’ve also shared top tips to cook and serve them, which you can read about in our Law of Lobster post.