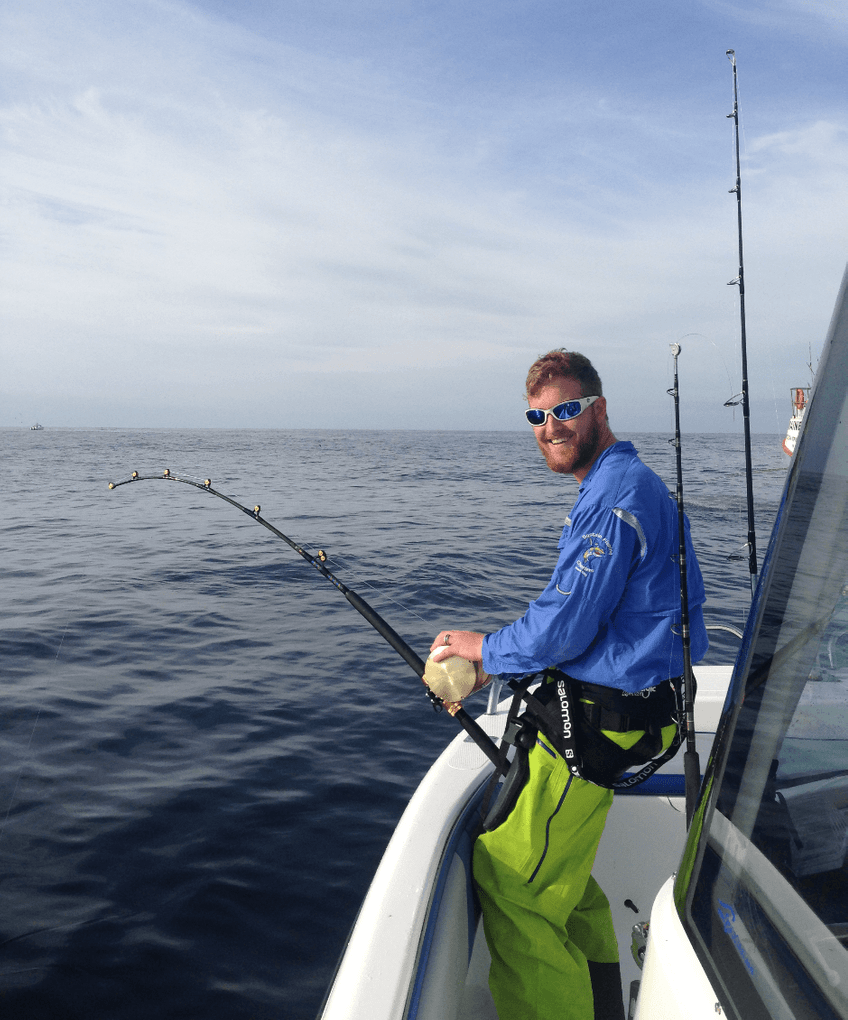 His adventurous spirit and a slight pull of the tide drew him to working in Northern Madagascar running diving and fishing charters for a couple of years. When he got back, Kurt decided to start Cape Fish with an equally fish obsessed friend, Kyle Nold.

In the early stages Saturdays, Sundays and late nights were spent offloading boats or cutting fish in his mother’s drive way to deliver to restaurants. All the dynamic duo was focused on was selling fish and having a jol, there was passion right from the start.

He ensures that everything runs smoothly on a daily basis, develops relationships with customers and suppliers, and is basically a seafood ninja. That last bit is not an exaggeration, Kurt is involved in everything from the procurement of stock, sales, productions, deliveries, and staff management as well as a hundred other little things that would take too long to explain.

Where does the ‘never say die’ attitude come from? His dad – the same man who first taught him how to fish. ‘We both have had to fight for what we have and don’t believe in handouts,’ says Kurt, ‘that, and never taking no for an answer.’

Kurt’s mother and her parents also played a significant role in his work journey, ‘My mother always taught me to be prepared for the future and make sure that when I put my head on my pillow, that I have no regrets.’ She also taught him the value of honesty and fairness. His grandparents instilled the hard lesson that after work and family, everything else is temporary.

These points are all incorporated into Cape Fish’s approach. So, what other things are deeply ingrained in the way of this seafood empire? Ethical fishing practices.

We make a point of not selling slow growing or endangered species such as Kob , Geelbek, Redfish or bottom fish. Our Swordfish comes from Northern Mozambique through a method of capture which is listed as green and fully sustainable due to the Total Annual Catches (TAC) remaining constant.

This, as well as Kurt’s single-minded dedication to a quality product, is what sets us apart from the rest.

‘I believe that there is never such thing as enough…never enough sales, time in the day, or enough dedication. Cape Fish has been what I have eaten, slept and dreamt for the last six years of my life and will always come second only to my family.’

If that doesn’t make you try our fish, I don’t know what will.

We can’t possibly end off a blog post about our fresh fish without sharing a recipe from the fish King himself. Take a look at Kurt’s delicious something different below:

– Mix melted butter, fresh garlic, chilli and freshly squeezed lemon
– Baste South Coast rock lobster tails with the mixture
– Whack ‘em on a hot fire (meat side down first)
– Braai until brown and turn over shell side down to finish them off
Simply sensational.

No products in the cart.